Weaver Optics is a producer of top-quality optical products for gunsmiths or gun enthusiasts. They offer over 90 years of creativity and skill in shooting experience to thousands of gunslingers. Their scopes and binoculars are designed to be the most efficient mounting device available for the scope.

The Weaver Optics, originally called W.R. Weaver Co., was established in Kentucky in 1930 by William R. Weaver, after he completed a deal with the State of Indiana to manufacture licence plates. He fabricated the tools himself and carried out all the on-site production, as well crushing his own glasses and soldering the components. The firm was almost an immediate success which transformed the shooting industry by bringing magnified optical tools within the grasp of ordinary American hunters. People loved his scopes because they were petite, light and cheaper than other scopes brought from Germany.

Weaver had a vision of making high-quality, inexpensive riflescopes with components that were manufactured exclusively in the US. In 1933, Weaver decided to relocate his company to El Paso, Texas, thus by 1940, the firm became the largest riflescope and mounts manufacturer in the world.

The company started facing financial difficulties in the late 1960s and was sold. The company has been bought and sold several times since then. It was renamed Weaver Optics, after W.R. Weaver Co. became a Meade Instruments Corporation affiliate in 2002. In 2008 it was sold to become a subsidiary of the Defense and Sporting division of Alliant Techsystems in Onalaska, Wisconsin. ATK Sporting Group later spun-off its brand portfolio to become Vista Outdoor in 2014.

Weaver has developed various innovations which have become industry standard. The company has 8 distinct set of scopes, each satisfying various types of needs of the trendy hunter. Weaver has a top-of-the-line Grand Slam series, a variable-power V-series, a fixed-power K-series, and a separate series for handgun users, rim-fire users, and shotgun users. There’s also the T-series which has a proprietary Mirco-Trac 4 point adjustment system for competitive and serious shooters. Also, they provide hunting and leisure equipment like scopes for spotting, binoculars and so much more.

For manufacturing high – quality scopes and mounts that an average American hunter can afford, the company has been credited with taking riflescopes to the forefront. The first Scope of the Weaver, model 3-30, comes equipped with a mount on the Weaver scope. The Weaver mounting design became a global standard for industries. Also now, rivals use the word Weaver to identify the rails and rings their engineers pioneered. Generations of hunters have relied on the sturdy design, quality materials, and unwavering dedication to shooting sports that Weaver has.

As the number one manufacturer of hunting scopes, Weaver is definitely a brand you can trust in today’s scopes industry. The Company, with its 75 years of experience, has had enough time to make its trade flawless and present a winning product for today’s market. With Weaver’s devices, you are bound to enjoy more of your hunting time. 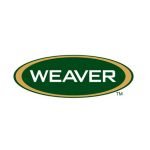