For shooters looking for a reliable and reasonably priced optical tool, Tasco is their go-to brand. Tasco produces a variety of spotting scope models designed for rugged outdoor use. They are protected by rubber armour and have optional camouflage. Models have about 12-45 times magnifications and panoramic view. They have a history of providing rifle-lovers with valuable optics that have excellent magnification.

Tasco (also known as Tasco Worldwide) is headquartered in Miramar, Florida, and is a major distributor of consumer telescopes. They used to import amateur astronomer telescopes but have now expanded to other products, such as telescopic sights, microscopes, spotting scopes, binoculars, and other rifle accessories. Their products are available in catalogs, specialty outlets and online retailers.

The firm, formerly named Tanross Supply Company, was established by George Rosenfield in 1954. It began out as a fishing equipment and hardware distributor. He later changed the company’s name to Tasco as its catalog expanded to include eyepieces and binoculars. In March 1996, Rosenfield sold his company, and in June 1998, Tasco bought Celestron, another maker of telescopes that concentrated mainly on performance optical instruments, and hence the more serious observer. Celestron was, after Meade Instruments Corporation, the second-largest telescope retailer.

Tasco started looking for a buyer early in 2001, as its income fell. Meade Corporation initiated talks for a merger but their attempt was stopped by the Federal Trade Commission. Wind Point Partners, now known as Bushnell Performance Optics, acquired Tasco and all its intellectual property in June 2002. In July 2007, Wind Point Partners sold Bushnell Performance Optics to Mid-Ocean Partners, a private equity company headquartered in New York City and London, with Tasco’s ownership and distribution rights. On September 5, 2013, Bushnell was eventually bought by Alliant Techsystems (ATK). ATK won their negotiations with Orbital Sciences, and on February 9, 2015, was named Orbital ATK.

Now, Tasco has included telescopes and other optical tools like scopes, gun sights and binoculars in their product line. Their recent products include the binoculars Snapshot Series, which has the ability to capture images of stationary objects and record videos via USB cables that can transfer pictures to computers.

Tasco optics are low priced and of high quality, from telescopes to binoculars. They have very clear, crisp reticules and install easily. Tasco optics provide great value for money.

If you like to lower the position of your scope on your rifle, then the new Tasco scope is just the tool for you. These scopes were designed to be specifically placed in lower positions while providing the shooter with a larger objective lens. 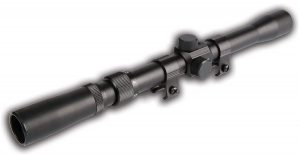