In 1907 brothers in law Fred Leupold and Alan Volpel started a business together making high quality surveying equipment. The company did well and in 1914 J.C. Stevens became a partner in the company and his water level reader became part of the companies available products. In the same year Leupold’s son Marcus also joined the company.More products soon followed and this family run company continue to grow adding Robert Stevens, the son of J.C. Stevens to the company in 1939.

Fred Leupold also died during the 1940s and Marcus an avid hunter became furious one hunting season, because he missed a shot when his rifle scope fogged up. Swearing he could make a better rifle scope, Marcus Leupold began working on inventing a better rifle scope than was currently available to hunters.

In 1944, Norbert Leupold brother or Marcus and son of Fred joins the company.

In 1947, Marcus’s dream of inventing a better rifle scope for hunting became a reality and the company developed their first fog proof rifle scope.

In 1953 Jack Slack joined the company and later married into the Leupold family. By 1957 the company began manufacturing more and more weather proof optics and more outdoor gear for hunters and sportsmen.

The company then moved to Beaveton, Oregon and continued to grow by 1978 the company was manufacturing compact rifle scopes and in 1980 the company began making hand gun scopes. By 1979 Leupold’s rifle scopes were out selling most of their products.

Today the company makes a variety of hunting equipment including binoculars, rangefinders, mounts, Thermal scopes, reticles, custom dials apparel and other hunting equipment. Leupold has continued to grow as a company that hunters depend on when searching for equipment to make their hunting more successful. Leupold products have earned a sterling relationship among hunters throughout the United States. In 2006 the company had grown to having 600 employees and continues to be a household name among the hunting community. So well made and accurate are Leupold’s rifle scopes that their scopes are used by the U.S. Army, Secret Service, and Navy Seals.

Customer satisfaction for Leupold’s products is important to the company and most of the feedback this company receives from customers is extremely positive, with their rifle scopes receiving the most reviews and the highest ratings. Other hunting products however, do well rate well among the customers that use them.

The company has earned awards for their safe work place atmosphere and continues to be the forefront of providing the very best in high quality hunting equipment. The Internet is filled with reviews of Leupold binoculars, range finders and rifle scopes designed to help you find the right product to suit your needs. 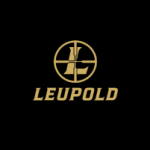 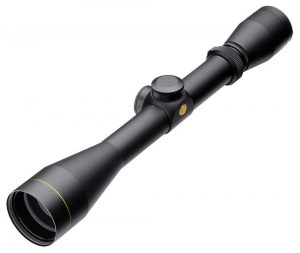