How To Use A Rangefinder Scope

Shooting is an amazing sport that can be used in a variety of different ways from competition shooting, to self defense, to hunting. But like any other hobby or skill, you are not born knowing how to use your tools. One of the most common shooting tools that you will need to learn to use is your scope. 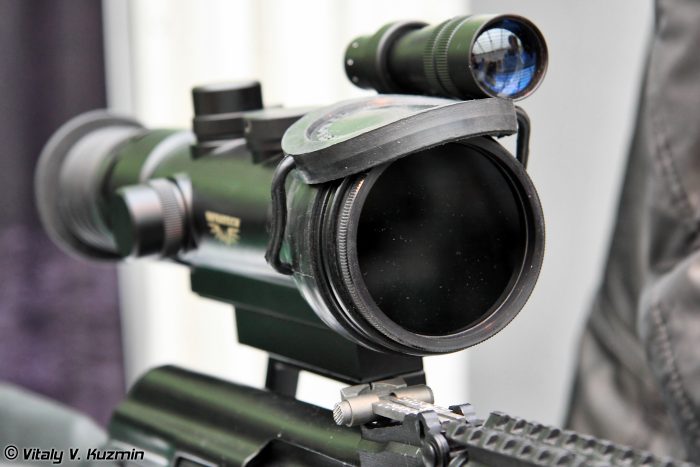 What Is A Rangefinder Scope?

Instead of rezeroing your scope to different distances, there is a better option to bring out with you. This is a rangefinder scope. The scope is designed with a special reticle that allows you to adjust your shot for various distances. If you have been shooting for a while you may have seen one before and just not known what it was.

The outside of a rangefinding scope is very similar to that of a traditional scope. The only major difference is the reticle on the inside. On the lower line of the reticle will be a set of markings, usually lines or dots. These markings are indicators for shooting at different distances.

A rangefinder scope isn’t that uncommon, many brands make them. One thing to note is that there can be some variation in the exact design of the rangefinding scope. Some brands will use different types of markings, different distances, and/or play with size and color in the reticle.

How To Use A Rangefinder Scope?

Step One: Zero in Your Scope

The range markings on your scope will only be as good as the original zeroing of your scope. There are a couple of ways that you can zero in a rifle. One of the most common methods for zeroing in your rifle is to take sets of three shots at a target, measure the distance from the bullseye to the shots, and then adjust your scope. Repeat this until you are consistently on target.

A more modern method of zeroing your scope involves using a bore sight and aiming it down range. You slowly adjust your scope until it is inline with the dot from your laser. After the two match you take a few shots to ensure that the zeroing is matched.

Using your best guess of the height of your target, put it up against the measurements on your scope. Each scope has the potential to be set up differently. For today we are going to assume that your scope is setup for deer chest measurements.

In deer chest measurements the measurement marks are designed to represent the average chest size of a deer. The closer a deer is, the more measurement lines the deer’s chest takes up. Typically a deer that takes up 2 ½ lines or markings is about 200 yards away.

From there all you need to do is take the scope and set your reticle on your target. Raise the reticle up so that you are on the appropriate distance marker on your scope. The appropriate marker will depend on your rifle and what you have your scope zeroed at.

It helps to practice this with a full size deer target if you have the ability to.

Pros and Cons of A Rangefinder Scope

The idea of a rangefinder scope probably sounds nice and it is. That doesn’t mean that these scopes are perfect. As you learn to use a rangefinder scope you will learn that they have both their pros and cons. Let’s examine these briefly so that you can go in well informed.

Pros of a Rangefinder Scope

Cons of a Rangefinder Scope

Shooting can be quite fun. Having the right tools is only part of the battle though. Knowing how to use them is the other part. With this article you can start to understand the basics of using a rangefinder scope. Consulting your manual and taking your rifle out to practice will be the best ways to master your specific scope.