Although semi-automatic rifles were in production before the release of the AR-10, few matched the innovative design developed by AR-10 creator Eugene Stoner. Before the M-16 was developed, Stoner managed to create a design that basically was the same as the M-16, although with a .308 caliber.

The military was particularly impressed with the AR-10’s design, eventually designing a smaller size 5.56 mm round that would become the now famous M-16. Without the AR-10, it’s safe to say the M-16 may have never been designed! 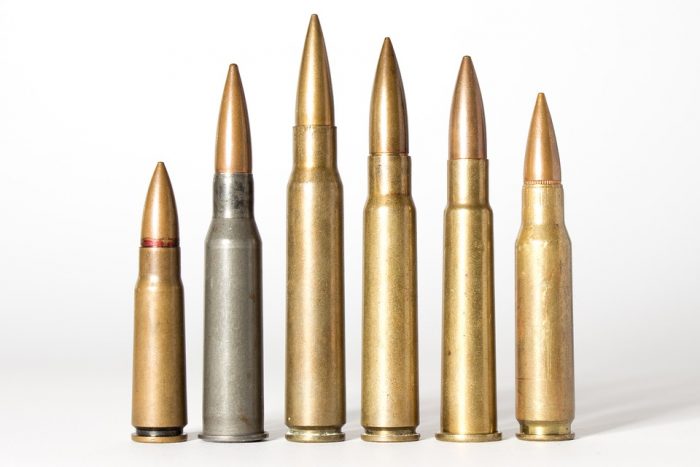 Despite initial popularity, the release of the M-16 did impact the sales of the original AR-10, ensuring it never quite reached the potential it could have. With so many cheaper battle rifle options available (think FN FALs and Hecklers), the AR-10 was viewed as an expensive purchase that wasn’t as widely available as their competitors.

Following decades of poor sales, the AR-10 has enjoyed a resurgence in recent times. Now widely available from many manufacturers, it is possible to buy or build your own AR-10 with relative ease. It’s a very capable rife with impressive rage – with the right optics – and it could be argued that AR-10 has never been more popular!

The original AR-10 manufactured by ArmaLite uses 7.62x51mm NATO caliber rounds, and most brands manufacturing AR-10s use their own variants of this round. However, the AR-10 is also chambered to house .308 Winchester – which can be interchangeable with the 7.62×51.

Both these calibers offer exceptional knockdown power – it’s the reason the AR-10 has become so popular with hunters!.

The versatility of the AR-10 means there is many more options beyond the main calibers. Popular alternative calibers include the .260 Remington, .338 Federal, .243 Winchester, 6.5mm Creedmoor, and 7mm-08 Remington.

As you can see, the main difference with most of these is merely just the barrel, which is why it’s quite easy to build your very own AR-10.

Many manufacturers make these barrels, although the most prominent include Wilson Combat, DPMS Panther Arms, and Ballistic Advantage. You may find that most manufacturers offer a few different options for these barrels, highlighting the versatility the AR-10 enjoys today.