The short case of the .308 makes it a good cartridge for any short action rifle. The cartridge is considered to be of high terminal performance.

The .308 cartridgte has become the most popular short action big game cartridge in the world. In the United State this cartridge is especially favored in the Eastern, Southern, and Midwestern states in the United States as well as parts of Africa and several other countries.

The 308 rifle works well when hunting deer, hogs, black beer and antelope and is fair at bringing down elk and caribou if the animal is within 250 yards. Beyond 250 yards performance of the cartridge becomes far less accurate.

Some people don’t know that the quality of rifle scope is more important than the quality of their rifle. This gun accessory is used to increase accuracy when firing at a long distance by the use of its lenses and magnifying the image of your target. A hunter can hit the target using mediocre gun with a high quality rifle. But a hunter using a poor scope will definitely get into trouble hitting targets even with the best rifle in the market on hand.

Since the 1960’s rifles using the .308 cartridge were favored by military snipers. These cartridges were used in the Marine Corps M20 and the Army’s M24 rifles. Today although many military units have transitioned to other cartridges the .308 still remains popular among snipers.

Once civilians began using military style rifles for hunting and target shooting, civilians began using rifles using the .308 cartridges for long range hunting, and although these cartridges remain popular for hunters for medium range hunting they are not as useful for actual long range (400 yards and more) hunting as many other types of rifles and other cartridges. The fact that a large number of hunters still use rifles using .308 cartridges for hunting shows that these rifles get the job done for most hunters. In reality while being able to shoot game 500 yards or 1000 yards away from may be exciting for some hunters it really is not necessary, nor particularly safe.

With the number of hunting accidents each year where hunters shoot other hunters accidently, it would appear that the further the distance you are from the target the more you increase the chances of hitting something other than the actual game you are hunting for.

Hunting Rifles that Use the .308 Cartridge

If you are looking for a good .308 rifle here are five rifles that are considered great rifles that uses .308 cartridges.

Between these 5 models of rifles there should be something that meets the needs and taste of any hunter who is looking for a rifle that is suitable for use with the Winchester .308 cartridges.

If you use .308 rifle for hunting why not read our .308 scope recommendations.

Do not miss any update from us

How To Lap Scope Rings 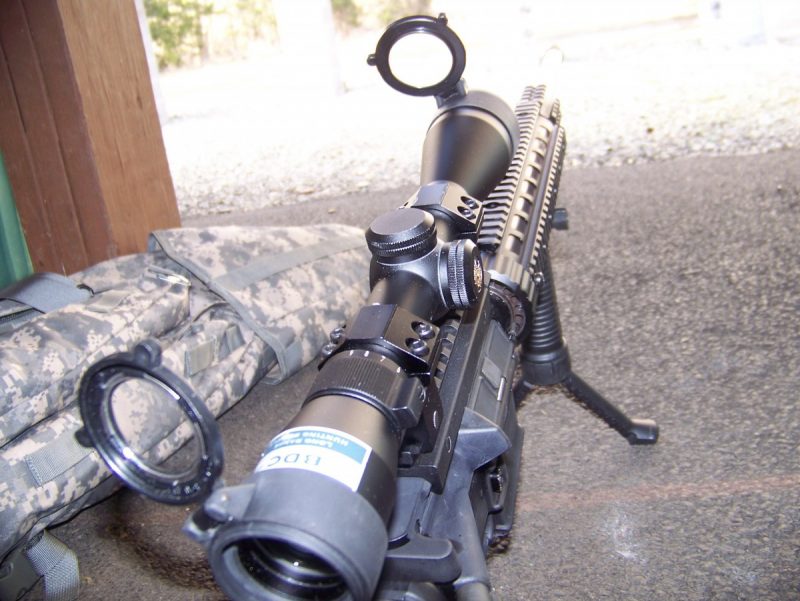 How To Tighten Scope Rings

How To Measure Scope Height

How To Bore Sight A Rifle Scope

How To Use A Rifle Scope